To name a few of the most common ones: Work position/Measure Height, Tool Offset/Measure Length, Tool change procedure, Homing procedure and the list goes on.

Script files can be accessed in three different ways: 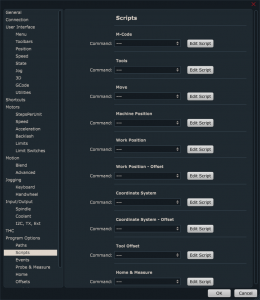 All program features that are available for configuration, observation and editing are listed here, categorized based on their functionality. So if you would like to change script code for spindle control, M3 code, click M-code category and select M3 from the drop down list. Then click button Edit Script: 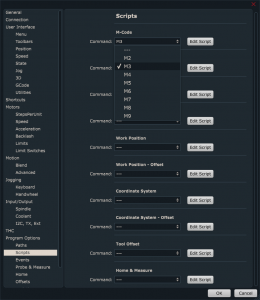 Third, and probably the fastest way of accessing script files is using combination of PC keyboard keys Ctrl + Alt + Left mouse button.
All you need to do is press combination of Ctrl + Alt keys and with left mouse button click on desired program feature(this can be Machine menu item or toolbar button or any other scriptable feature). Script file will open in gcode text editor. 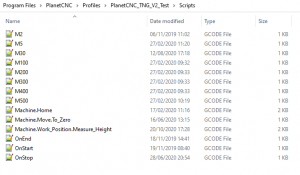 It is very important that user understands that there is no fear or danger of losing default script gcode. Default script code is always reversible/obtainable.
In order to do this, user clicks the trash bin button: 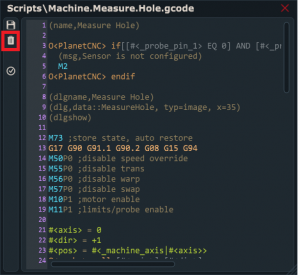 This button will restore scripts default gcode. You can modify script code, delete parts of it, delete all the code, with this button, default script code will be restored in its entirety.

For this example we will configure script for program feature: Machine/Move/To Zero. To access  script code, we will use short keys approach.

We will change the default script gcode and then set it back to default. 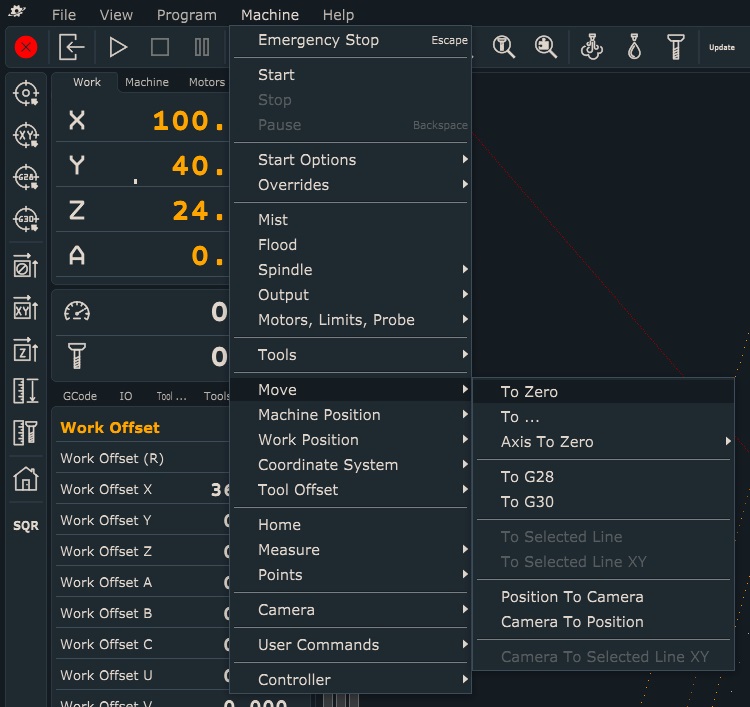 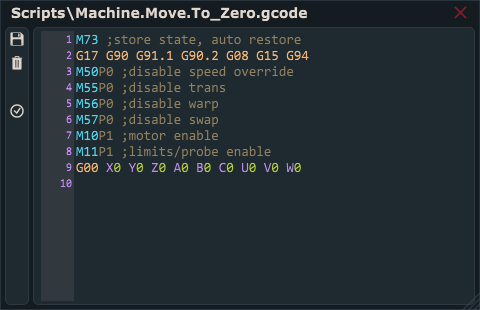 We can see that default script code moves all 9 axes at the same time.

No we will change default script code so that axes ABC will move to zero first, axes XYUV second and axes ZW last: 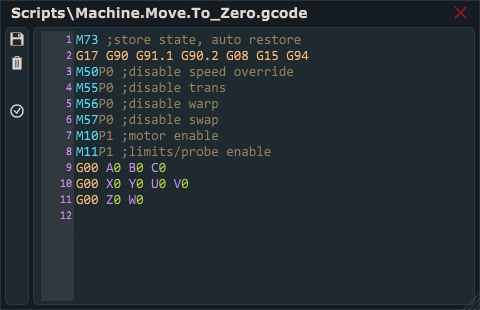 How to set speed and acceleration values in PlanetCNC TNG software